Utapao International Airport is in Rayong province, 45 km from Pattaya, 30 km from Rayong City, and 190 km from Bangkok. The airport is also known as Pattaya Airport and Pattaya-Rayong Airport.
The history of the airport traces back to 1961, when a military aerodrome, belonging to Thai Navy forces, was built there. Initially the runway was only 1200 meters long and was suitable for landing only small airplanes. However, after a year the governments of Thailand and USA started a joint venture to build a big military airport capable of accommodating large cargo planes and heavy bombers. This happened because of ongoing communist expansion to Laos and South Vietnam, so the U.S. government decided to have a big military airbase located in friendly Thailand. Construction of the airport was completed in 1966 and the airbase became operational. During all years of the Vietnam War Utapao airport was one of the most important strategic assets of U.S. airforces. “Flying Fortresses” B-52 were flying the sorties out of Utapao airport.
In 1976, after the end of the Vietnam War, U.S. forces left Thailand and terminated their airbase in Utapao. Thai government decided to build a civil airport, which could be an alternate airport for the biggest international airport of Thailand that time, Don Muang, located in North Bangkok.
Utapao airport has a single runway having the length of 3505 meters and aligned in the north-south direction. Thanks to such long runaway, the airport can accommodate any passenger jets, including the giant Airbus A380, the biggest passenger jet in the world. Thai Airways opened a maintenance facility in Utapao, which can service and repair wide body jets.
In the beginning of 2019, a second terminal was opened in Utapao, allowing to increase the passenger traffic from 1.5 million to 3 million people. This new terminal houses many restaurants, coffee shops and duty-free stores. Unlike the past, when the airport had been serving only several domestic flights and a few international charter flights during the winter months, now dozens of international flights land in Utapao airport daily. 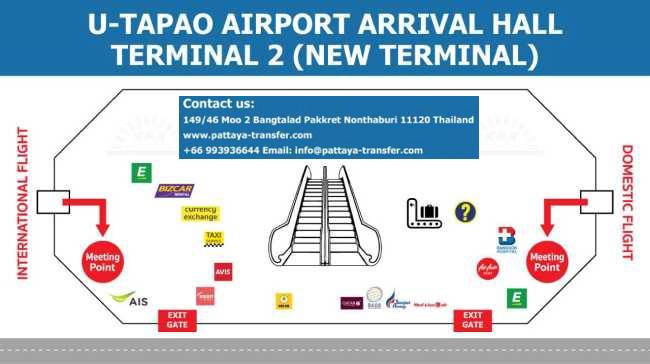 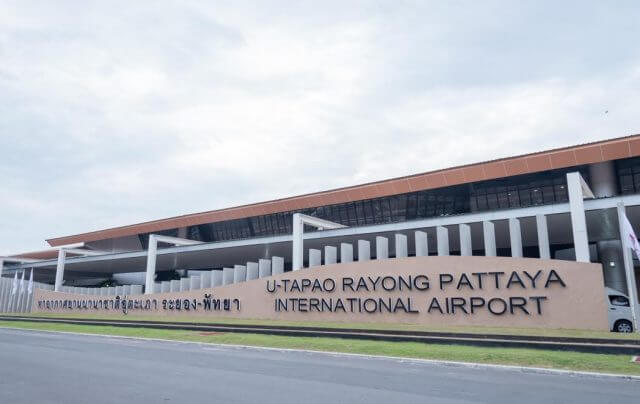